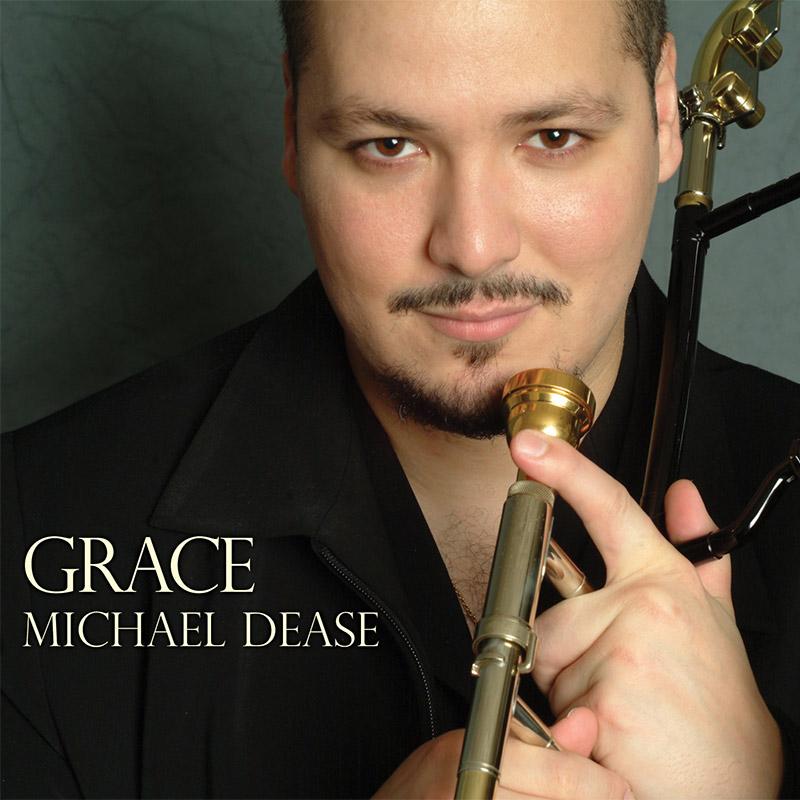 Since he arrived in New York City, trombonist Michael Dease has made his mark on the New York City jazz scene, even though he is still in his twenties. Earning a Bachelors and Master’s degree as a part of Juilliard’s jazz program, Dease has worked with bandleaders Illinois Jacquet, Slide Hampton, Wycliffe Gordon, and Wynton Marsalis, among others, while he has appeared on recordings by Jacquet, the Charles Tolliver Big Band, Claudio Roditi, and the Dizzy Gillespie All-Star Band, in addition to numerous other sessions as a sideman and several dates as a leader. Jazz masters and critics alike have pegged Dease as one of the most impressive trombonists of his generation and a player of unlimited potential. Grace is remarkable in its diversity of styles. Working with veteran producer John Lee (who invited him to join the Gillespie All-Stars), they focused primarily on songs that had not been overly recorded. With Dease and Lee working together as co-arrangers, they uncover new approaches to each song while recruiting a first-rate rhythm section of Cyrus Chestnut, Rufus Reid, and Gene Jackson, plus a number of special guests. Bix Beiderbecke’s “In a Mist” was penned as a solo piano vehicle, but this updated chart begins in a slow Impressionist setting and evolves into a rollicking post-bop vehicle.